Festival of colours in India: Holi |

Every year, spring comes to India with a huge explosion that lasts two whole days. But it is not a bomb explosion, nor an earthquake. Neither is it that flowers come into bloom or butterflies are being born. In fact, it is the Spring Festival, also known as Holaka, Dhulheti, Phagwa, Dhulandi or Dhulendi or simply «Holi», when colours break out among Indians and tons of bright coloured powders are thrown on each other, just to have fun and a good laugh for two wonderful and certainly colourful days. 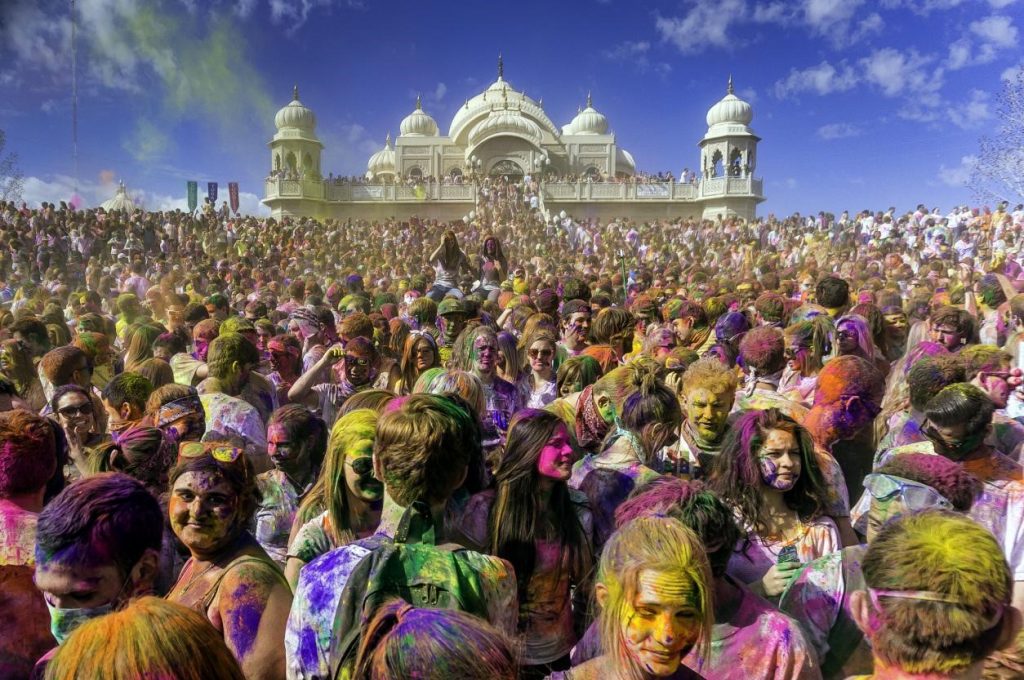 A country of extreme contrast

India is a country of sharp internal contrasts, with marked differences between rich and poor families, urban and rural people, men and women. To top it all, their traditional caste system also separates people from birth and makes India stand out as a country of extreme contrast, both in intensity and extension, with social isolation and invisible walls.

During the Holi, these extreme differences simply disappear and you can see people of all ages, race, caste and condition throwing handfuls of coloured powder on each other and challenging social conventions and rules just for the fun of it. They all get immersed in the colourful scene. The Holi festival represents a communion among people separated by ancient social gaps. It is a symbol of temporary unity in a country otherwise extremely diverse and heterogeneous. For a short while, they all participate in the scene with a festive spirit.

A thousand colours and more…

The festival takes place over two days in March and marks the joyful arrival of spring, leaving behind a colourful trail. Participants play and chase each other with coloured powders which end up on people’s hair, clothes, bodies… but also buildings, cars, streets and parks. Everybody gets splashed, stained, immersed and plastered with colours that bring them all together and promote brotherhood among them. It is certainly a visual feast that produces photographic scenes recognisable worldwide as a symbol of India.

Each year, thousands of tourists visit the country during this time because there are also concerts, rituals, street music and dancing. It is a magic atmosphere. Indians are always friendly and ready to smile, but even more so in this time, when hospitality, fun and friendliness towards tourists run very high. 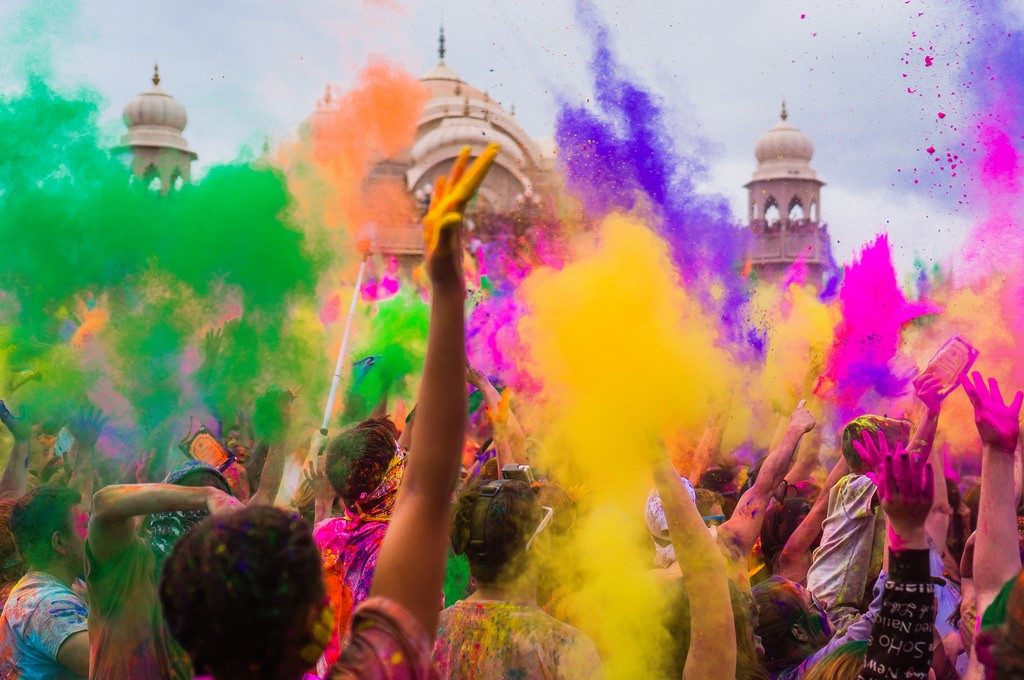 The victory of good over evil

The arrival of spring is not the only celebration that takes place during this time.  According to Hinduism, it is also a time to celebrate the victory of good over evil and the Radha-Krishna legend, about how Krishna smeared Radha’s pale face with colours. Thus, people get plastered with bright colours to symbolize the joy and victory of good over the grey shades of the rest of year. Quite a visual poem.

This article was delivered to you by Online Visa India.